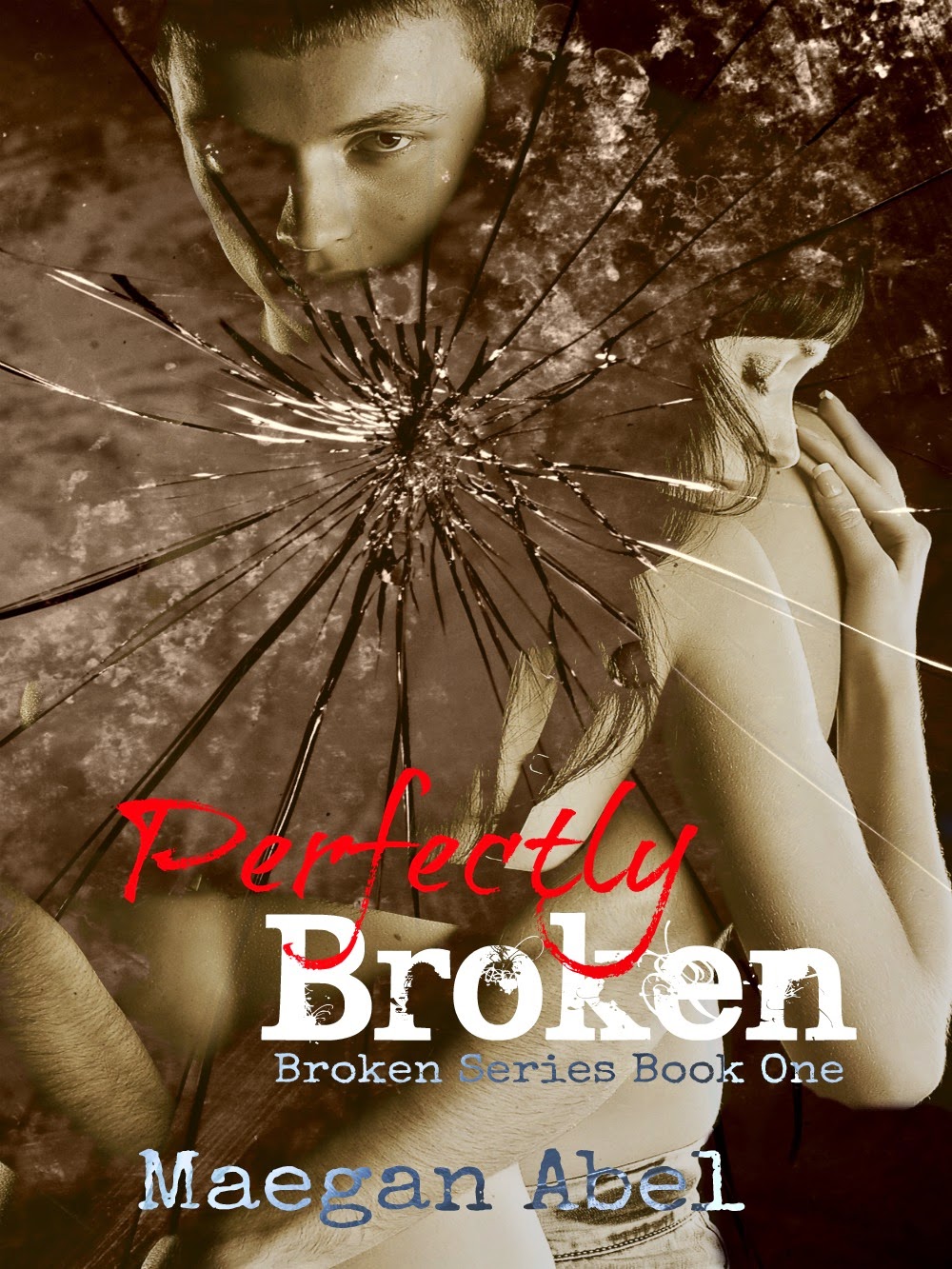 Zane Tishler moved in with his brother after his nightmare divorce to find that his brother had taken in a “stray”, a punk chick with a bad attitude. Liliosa Cortez found a place to start over in a city built for hiding. But when her roommate’s brother moved in she pegged him for a pretty boy with enough baggage to fill a semi and major hostility toward women. But now, after two years, Lili and Zane have become best friends and the perfect “wingmen.” They’ve developed a system for tagging and bagging tourists. No strings attached. They are partners in crime who have managed to have the time of their lives in the City of Sin.

Life would be perfect if they could keep it this way, but a new player in the game makes both Lili and Zane face feelings they had not been prepared to notice. What happens when dangerous shadows from a forgotten past find their way into the neon spotlights? What happens when the fuse is lit on all those emotions they have deeply buried?

Can they survive the explosion or will the backlash tear them and everyone they love apart?

When two pasts become one present in the searing Nevada heat…

When two realities collide under the lights of Vegas…

When two lives are threatened due to secrets and lies…

What do you do when you find out your perfect world is Perfectly Broken? 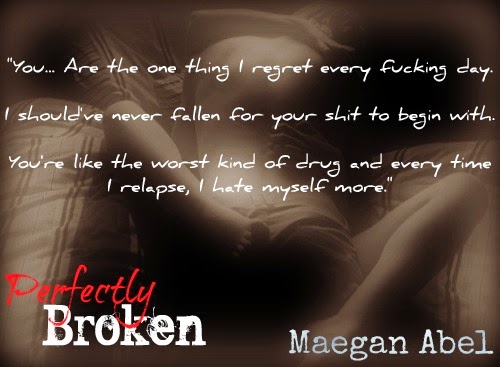 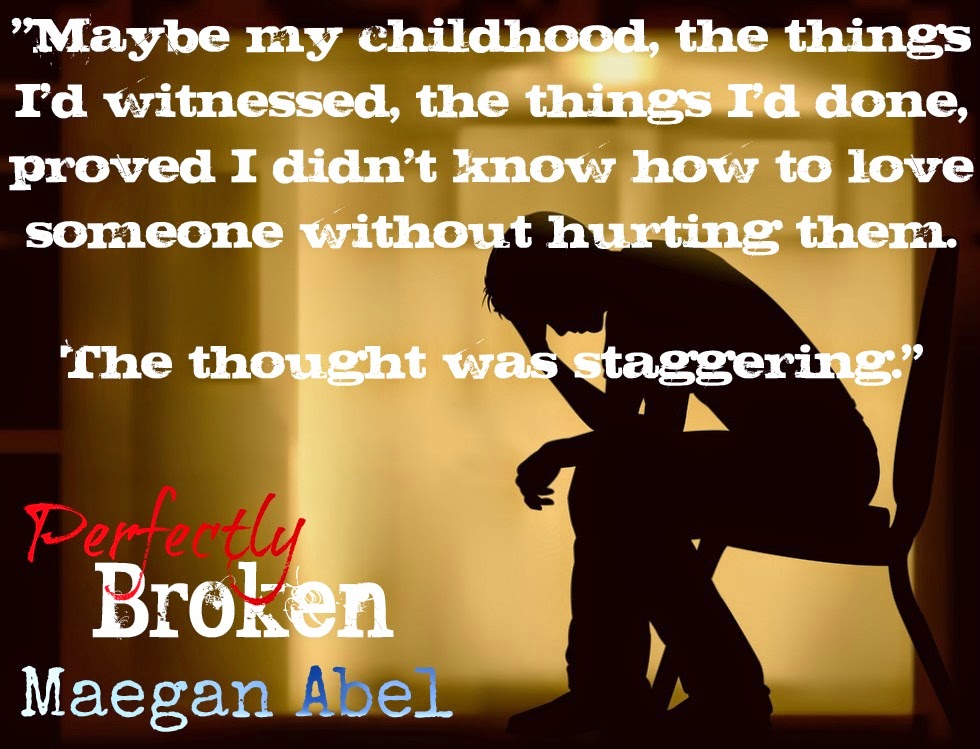 BUY IT ON AMAZON

ENTER THE RAFFLECOPTER TO WIN PRIZES!!!

Excerpt
“How was your night off?” Nikki asked as she brushed past me, leaning to grab a bottle from the spot on the higher shelf. I barely had to duck to get under her arm to take an order.
“Good,” I yelled back as we passed each other again moments later. We were used to this, the chaos of working in one of the popular themed-bars on The Strip. I’d worked at plenty of the bars but working here, for Shannon, was the best job I’d had.
“Did you give Zane a lap dance for his birthday like I told you to?” Nikki nudged me with her elbow and I spun a bottle in my right hand before pouring the drink I was working on.
“Right. Because that would’ve ended well,” I answered with a laugh and shook my head. “No, but I did actually dance with him. His ex-wife showed up and caused a huge scene. It was kind of a mess.”
Nikki shook her head and glanced over at me before pulling out two beers and passing them back to the customer she was helping. “I don’t know why you two don’t just fuck and get it over with already.” I threw a bar rag at her and she laughed again, glancing at the clock beside the register.
“Trust me, Nik, that is never going to happen,” I said over my shoulder as I passed her.
“Well, if you’re not going to fuck the hotness monster, I’m totally going for it next time I see him.” Nikki winked as she stopped directly beside me to take an order.
“That’ll never happen either!” I laughed at Nikki’s shocked expression. “First of all, you seem to be forgetting that Zane doesn’t do locals.”
“Details.” She waved a hand dismissively as she finished filling a glass, nearly sloshing whiskey all over the bar.
“Second, I made him promise not to fuck anyone I work with.”
Nikki slammed the bottle into place. Ignoring the customers momentarily, she spread her arms in a gesture that clearly said ‘what the fuck’. “Why? Why would you twat block me like that?”
I tried not to laugh, but I couldn’t help it. I heard Nikki mumble under her breath as I turned to take a few more orders.
“Sorry, but you’re a double no for him. You’ll have to find a new hotness monster.” I passed her the vodka, noticing the bottle was almost empty. “By the way, he doesn’t really count as a hotness monster if we know how to find him.”
“Whatever. He was my favorite hotness monster,” she sighed in faux dismay. 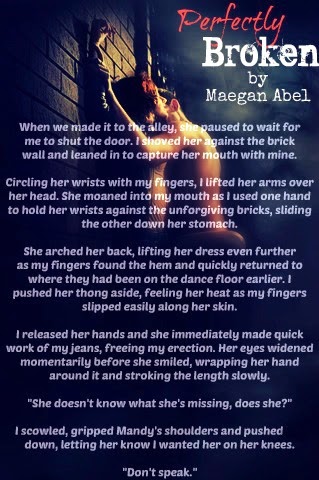 PLAYLIST
Broken by Seether featuring Amy Lee
E.T. by Katy Perry
Just Friends by Jason Reeves
You Make Me Sick by P!nk
Over and Over by Three Days Grace
Breathe Me by Sia
Scars by Papa Roach
Titanium (Cover) by Madilyn Bailey
Feels Like Tonight by Daughtry
Good Enough by Evanescence
Don’t Let it End by Nickelback
Sober by P!nk
Kiss Me Slowly by Parachute
Runaway by P!nk
Disappear by Stephen Speaks
Hush, Hush by Avril Lavigne
I’d Come for You by Nickelback
Nobody’s Home by Avril Lavigne
All of Me by John Legend
My Heart by Paramore 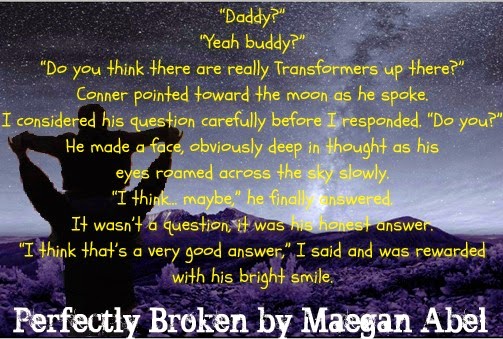 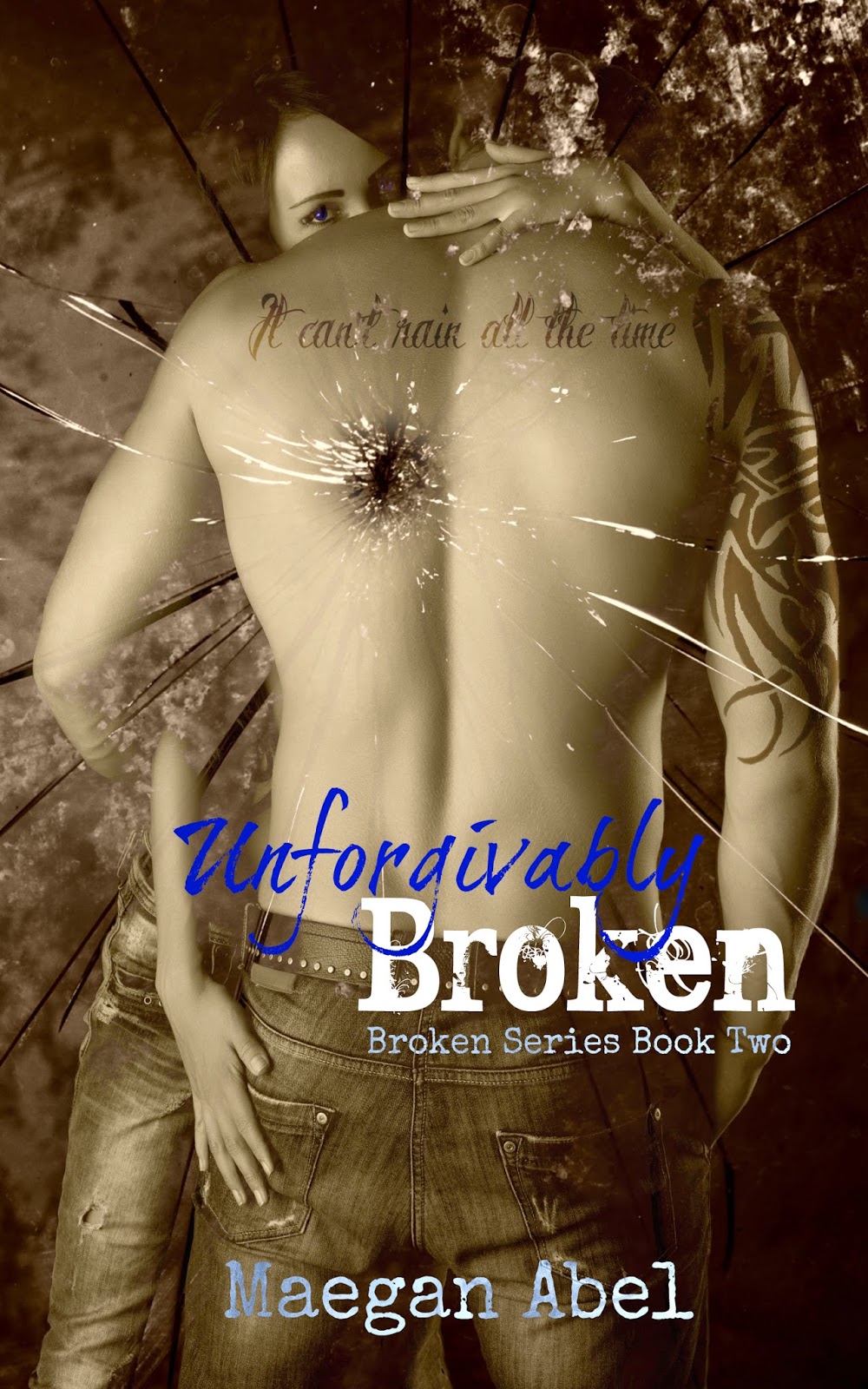 Synopsis
Liliosa Cortez has spent years hiding from her past. Unfortunately, no one can hide forever. Now, she’s forced to admit her mistakes and make a decision. Does she let those around her in to help, or go at it alone? Conquer her demons head-on, or remain by Zane’s side while he fights his own?
Zane Tishler is a master at avoiding the difficult parts of his past. He learned early in life that charm will get you a long way in the world and deception is easier than hard truths. Sometimes, old habits die hard. When his past mistakes start making continuous reappearances, he is faced with some of the most crucial decisions he’s ever made.
It took a near-tragedy for Zane and Lili to admit their feelings for one another. If they could survive that explosion, wading through the debris left by the past should be a breeze, right?
When you have secrets, they can rip ragged holes in the ties that bind even the strongest relationships. When you know the secrets you keep make you a monster, one unworthy of love, you hold a power that can tear you apart from the inside… and take down those closest to you in the process.
What do you do when realize you’re Unforgivably Broken?
About the Author
Maegan despises writing about herself in the third person. She also hates touting her accomplishments like she thinks she’s really done anything special…
Now that we got that out of the way, I’ll tell you what you need to know. I was born and raised in Tulsa, Oklahoma. I went back to school in my late twenties and studied Stage Production Technology. I now work full-time in the alterations shop of a major department store and part-time backstage in the various theatres around the area.
I’ve been an avid reader from a very young age and the top goal on my list of things to accomplish in my life was to write and publish a book. During the summer of 2013, while working backstage on The Lion King, I read eleven books in four weeks. I read my first New Adult book and was introduced to a genre I felt I could totally relate to. The idea for Perfectly Broken and the character of Lili was born backstage during that time.
CONNECT WITH ME!
Facebook Twitter Goodreads